Treasures from the Past… 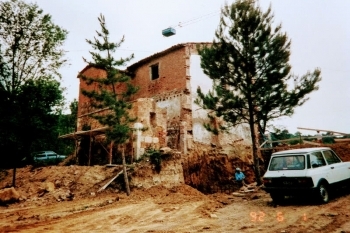 It’s time to start making Fonte Martino our own…

It’s Sunday, February 19, 2017.  We woke to a cool morning, but the bel sole Toscano – beautiful Tuscan sun – quickly started to warm the waking town. We arrived at Fonte Martino after our customary cappuccino and cornetto. Now it’s time to briefly come down from an amazing high we were feeling because of the realization that Marco and his wife, the previous owners, left a huge amount of their belongings behind. 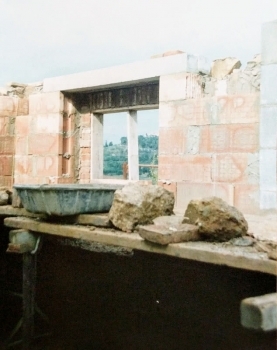 Weren’t these belongings sentimental to them?  Why didn’t they move them to Sicily?  So many unanswered questions which were soon answered by our beloved Cristina.  It seems that the movers did not arrive as planned and when they finally did, Marco and his wife took only what they wanted and left behind everything else.  We asked Cristina to see if they would like to come back, but it seems that there was no interest.  The remaining contents are now ours along with the house.

Although there was a lot to remove, we were very excited! What treasures would we find?  What items would we want to keep?  Would anyone else be able to use the things we didn’t want?  These were questions running through our mind as we began the enormous task of moving everything to the sorggiorno – the living room.  We would be arranging for everything to be hauled away so the house was empty when renovations begin. 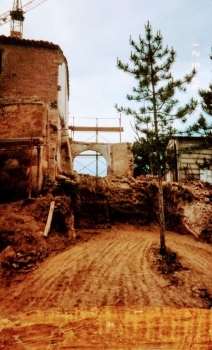 We were starting to give up hope of finding any treasures, but as David was looking through the drawers of one of the pieces of furniture, he discovered a treasure-trove of photos.  Marco renovated Fonte Martino in the early 1990’s.  When he purchased the property, it was a partial ruin and he meticulously restored it with a great amount of care.  Seeing our new home as a ruin back then was a surreal feeling.  As we looked through the photos, we found ourselves in awe seeing the history of Fonte Martino.  This was truly the most valuable treasure we could have ever found. 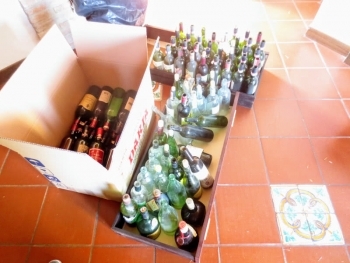 After more than 8 hours of work, we finally had all of the contents moved to the living room and dining room.  One word accurately described how we were feeling…exhausted!  Unfortunately, there was little time for rest. We had a meeting with our architect to begin discussing renovations…that story up next!